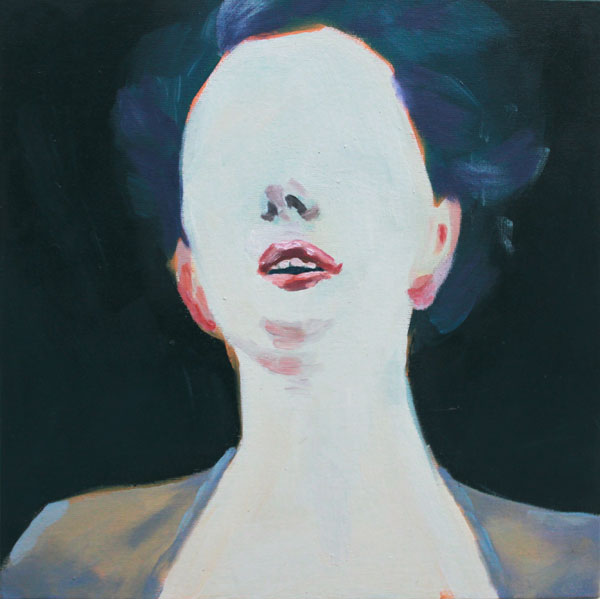 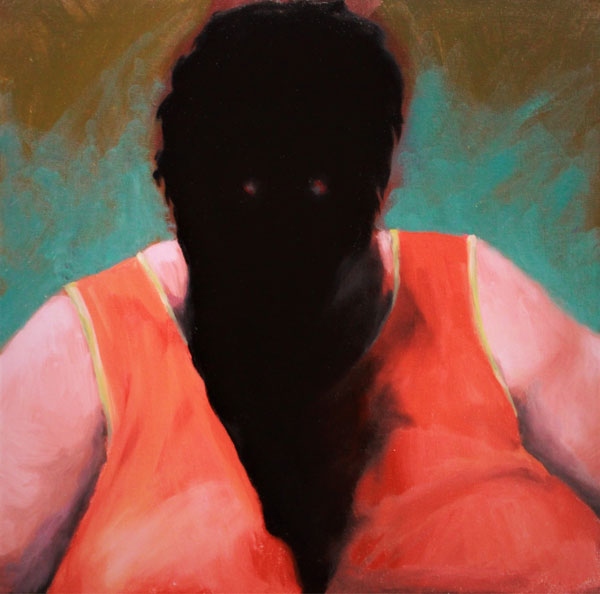 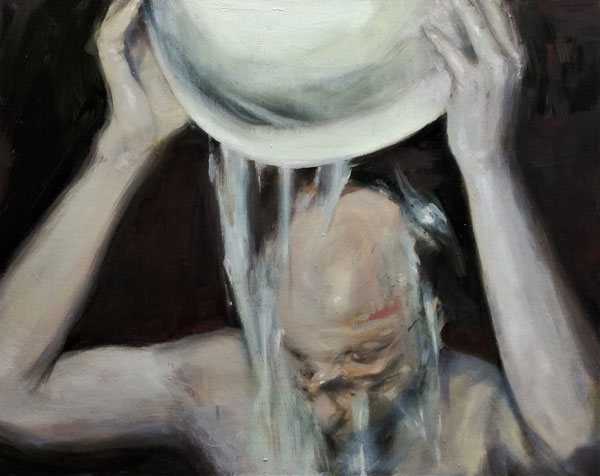 E Sophie Ruf, born in 1990, lives and works in Frankfurt am Main.

After her studies of art education at Frankfurt University she has been working as a freelance art educator in schools and cultural institutions. Since 2015, she has been instructing classes for painting, graphic arts and illustration for adolescents at the Jugendkunstschule in Offenbach.

The main focus of her paintings is portraiture. The rather atypical portraits are created with the classic medium of oil paint. She is particularly interested in the impact and interaction of colours, deformation, and the human physiognomy in general. The paintings concentrate on topics such as the human condition and the meaning of facial expressions as a focal point of human interaction.

During the painting process the figures are anonymized and deconstructed in search of a certain beauty and fascination with the obscure, the absurd and the fragile.

The references for her subjects are often taken from her own stock of photographs, which are purposely or randomly distorted. Another source is found footage like old catalogues, books, newspapers, magazines and film stills that are transformed and put into new contexts.

Her major influences include classic oil painting as well as artists like Francis Bacon and David Lynch, or contemporary painters like Nicola Samori.