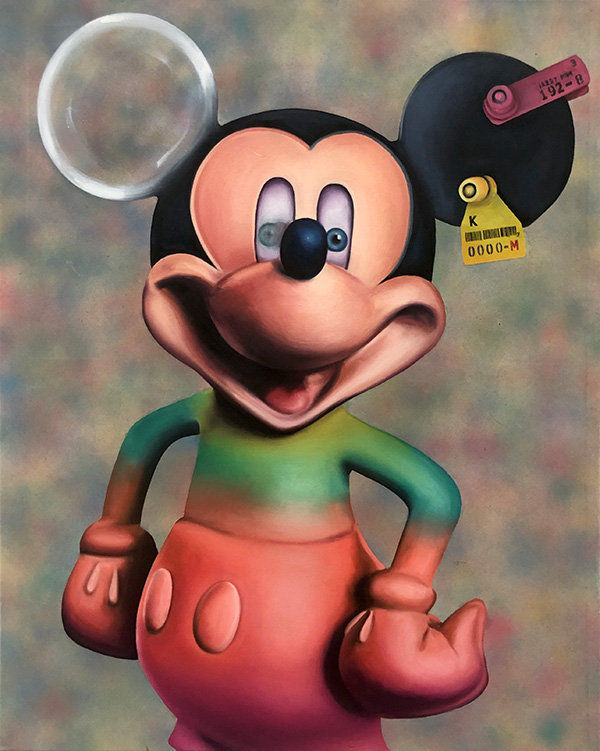 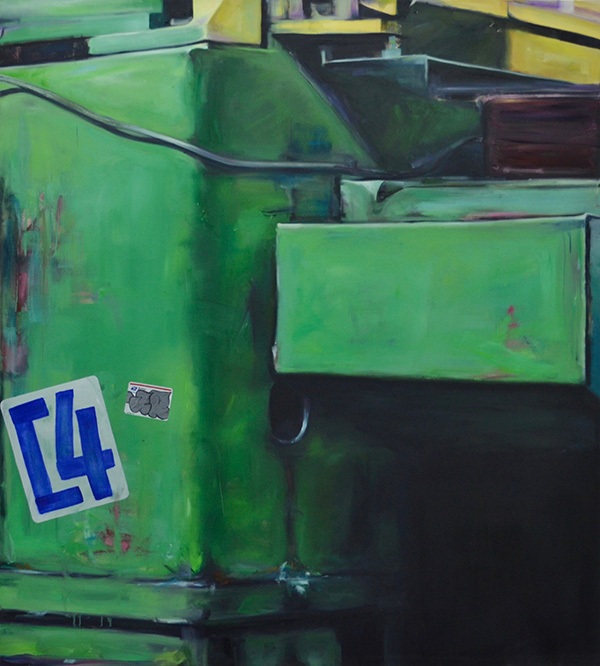 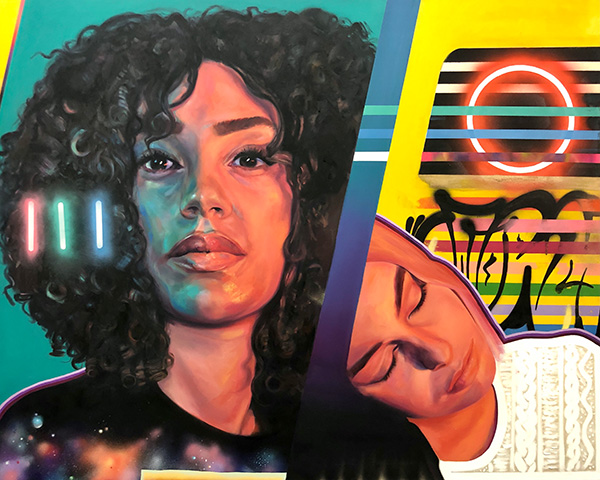 E Marcel Kimble was born in Mainz in 1986 and initially found his way to painting through Graffiti art. At the age of twelve he moved to the USA, where after high school he completed a plumbing apprenticeship, in parallel to getting his BA in Fine Arts at Texas State University.

A fascination with machines developed, which resulted in works depicting magnified and fragmented details. Emotional portraits and sometimes disturbingly dark images followed. This blend of culture, industry, and economy would become Kimble’s main theme, blurring the lines between abstraction and reality.

In 2012, Kimble returned to Germany. Currently his works are very figurative: portraits, moving bodies or even comics are set in colourful atmospheres, real or imaginary. Scenarios are depicted, removed from their usual context to create edgy and unusual interactions. This surreal depiction of everyday life often creates a melancholic perspective, which in turn is contrasted by the bright colours.

Since 2019, Marcel Kimble has been working from his studio in the Atelierhaus Waggonfabrik in Mainz.