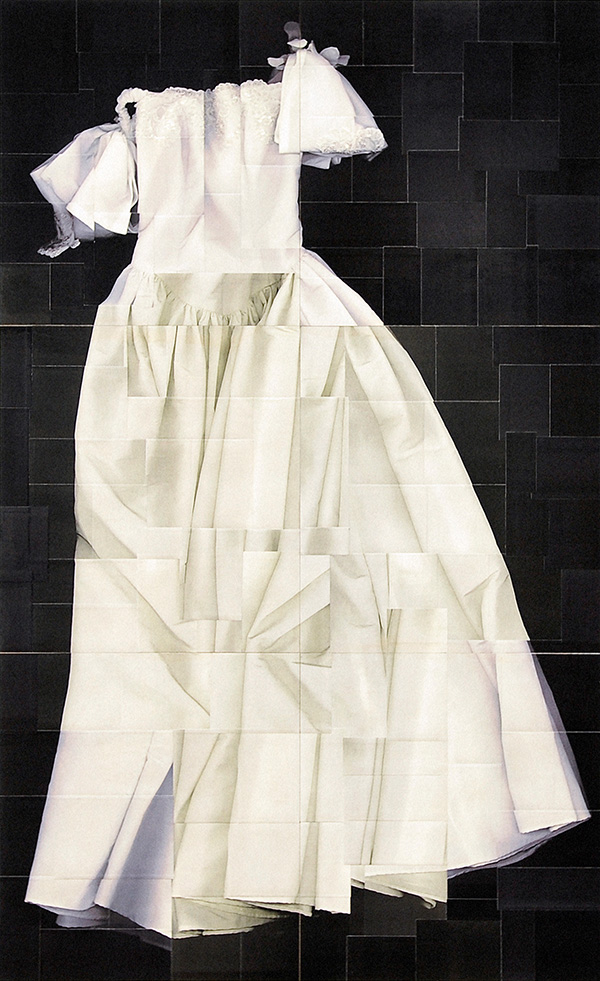 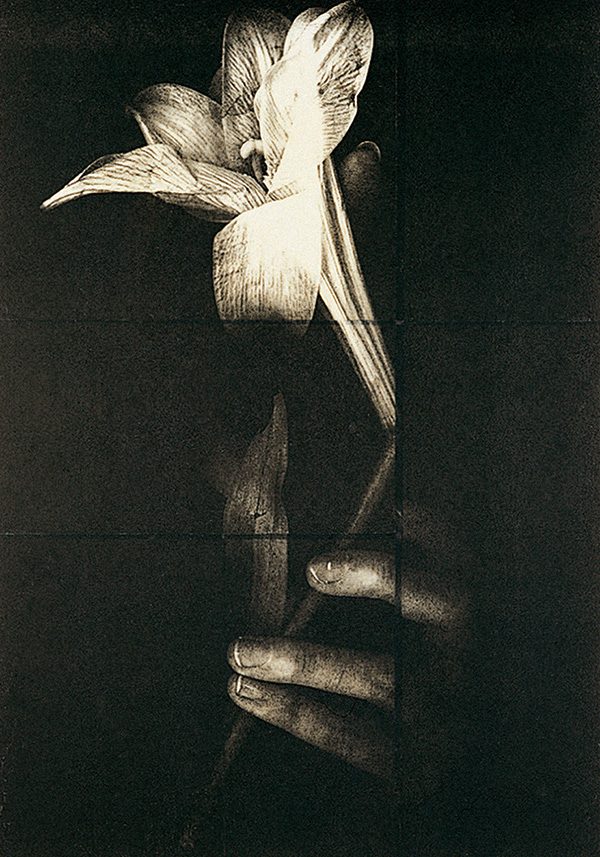 E Andrea Esswein, born in Germersheim in 1969, lives in Wiesbaden and has studios in Mainz and Berlin. She has been awarded the Albert Haueisen Prize, the ISCP (International Studios & Curatorial Program) scholarship in New York and the PAF (Performing Arts Forum) scholarship in France.

Kopigraphien (Copy Collages) is what Andrea Esswein calls her works, which she has been creating with the help of copying machines since 1998. She uses the copying machine as a photographic apparatus with which she produces copy originals. To do this, she places objects, plants and people on the copier. A new image is created from the individual photographed sheets, which are cut up. The artist’s aim is to construct a new image reality that leaves the usual perspective behind.

The strong contrasts brought about by the copying process and the subsequent editing make Esswein’s objects emerge spherically from the depths of a three-dimensional darkness and leaves them in a suspended state of intangibility.

Since 2020, Andrea Esswein has been experimenting with scanning techniques. In this way, the analogue aesthetic is further developed into a digital one.