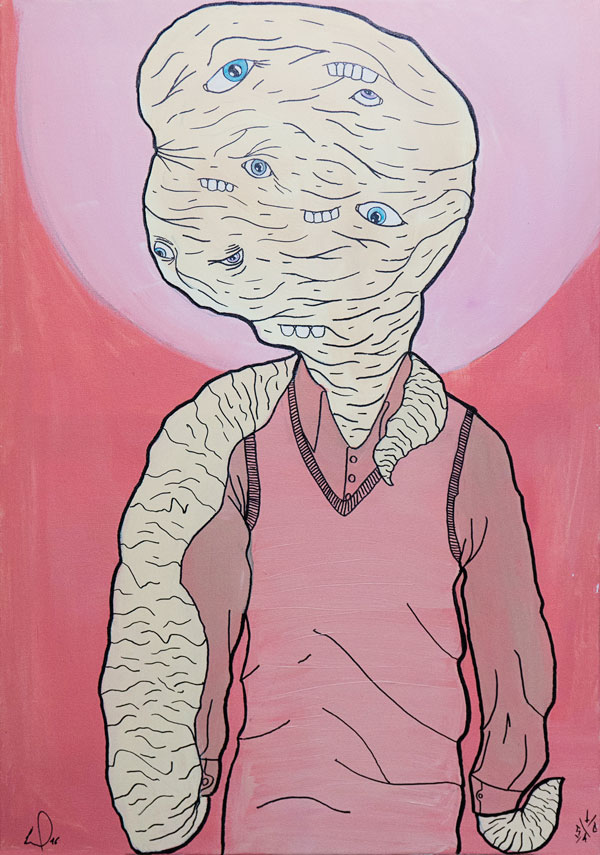 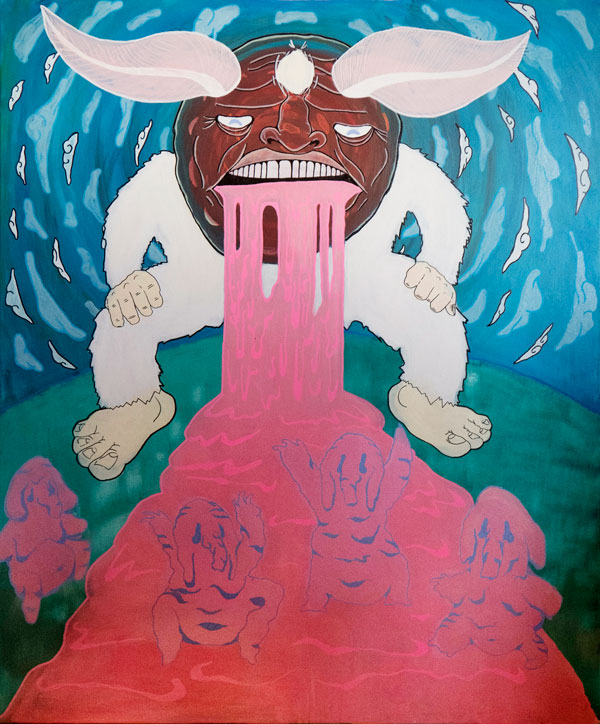 E Lucas Dascher, born in 1990 in Darmstadt, has been living and working in Leipzig since 2020.

After a rather difficult school career and after aborting his design studies in Darmstadt, he moved to Leipzig to fully commit to art and tattooing.

His works are influenced by the early works of the MGM Studios and Walt Disney, as well as by subcultural art forms such as graffitis and tattoos. This mix has led to his crude lowbrow/pop surrealism.

His work is fuelled by a permanent thirst for action and by his motto “stab and devour”.

It is characterized by societal and personal structures, interwoven into an almost psychotic construct. This exaggerated yet pointed orchestration reflects situations that observers can relate to on a very personal level.

He uses a variety of materials to combine them on canvas. Acrylic, spray paint, oil and marker are mixed through various techniques to create his work.