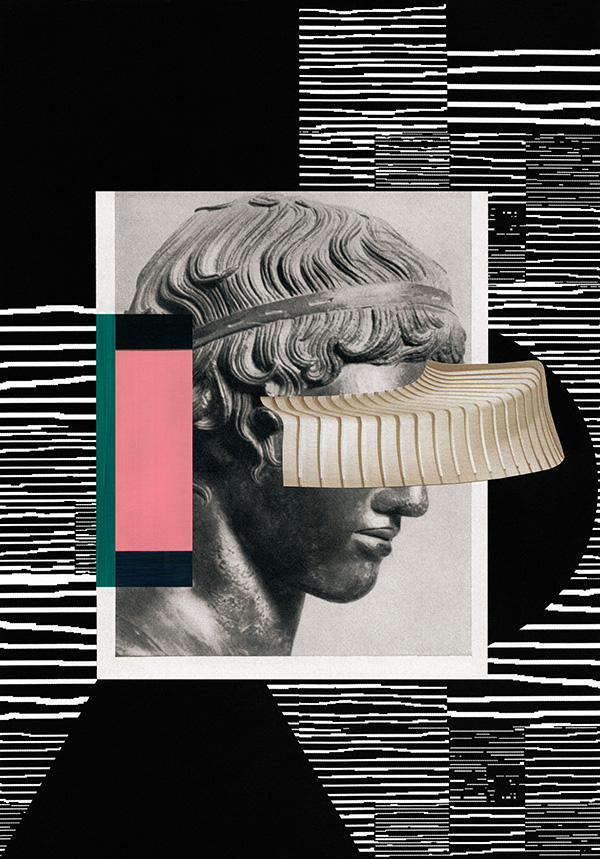 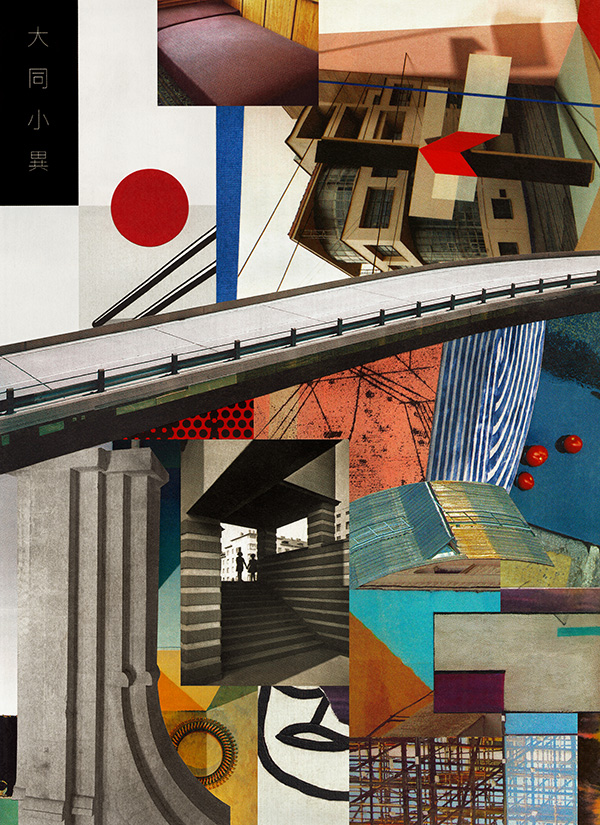 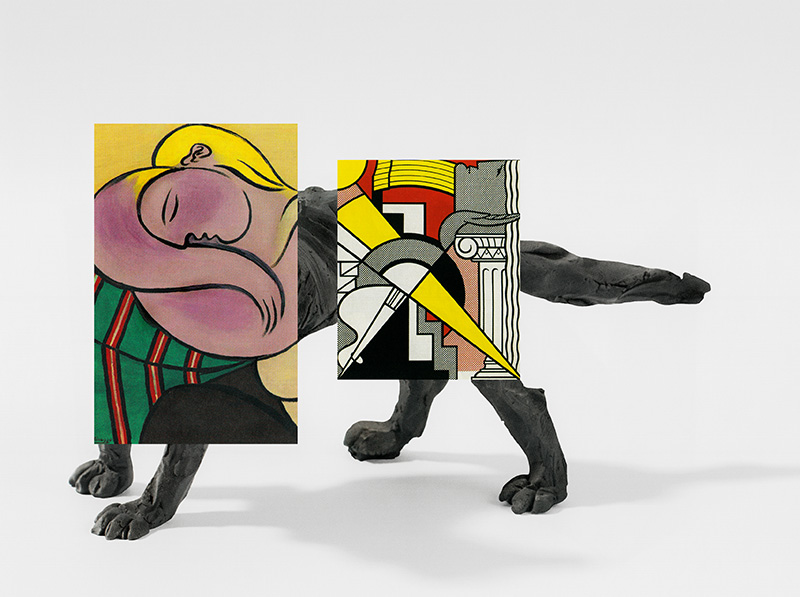 E Kodæk2020 aka Stephan Sasek was born in Wiesbaden in 1973. He studied photography and media at FH Bielefeld. Selected works by him are in collections of the Jewish Museum Berlin and the German Architecture Museum in Frankfurt.

In times of digital photography, analogue work with images from magazines and catalogues opens up new avenues for him. Image extracts – torn or cut – are removed from their original form and assembled as a collage to form a new whole.

The resulting figures and sculptures – some of which are assembled serially in small groups – are forms of their own new reality.

Other motifs have an unusual geometric abstraction after being assembled from contrasting sections of the picture. In their constellation they cannot be explained rationally, they seem surreal when viewed, often almost three-dimensional. A clear angle of view cannot be discerned. Accordingly, there is no clear position as far as their view is concerned. They can be viewed from all sides.