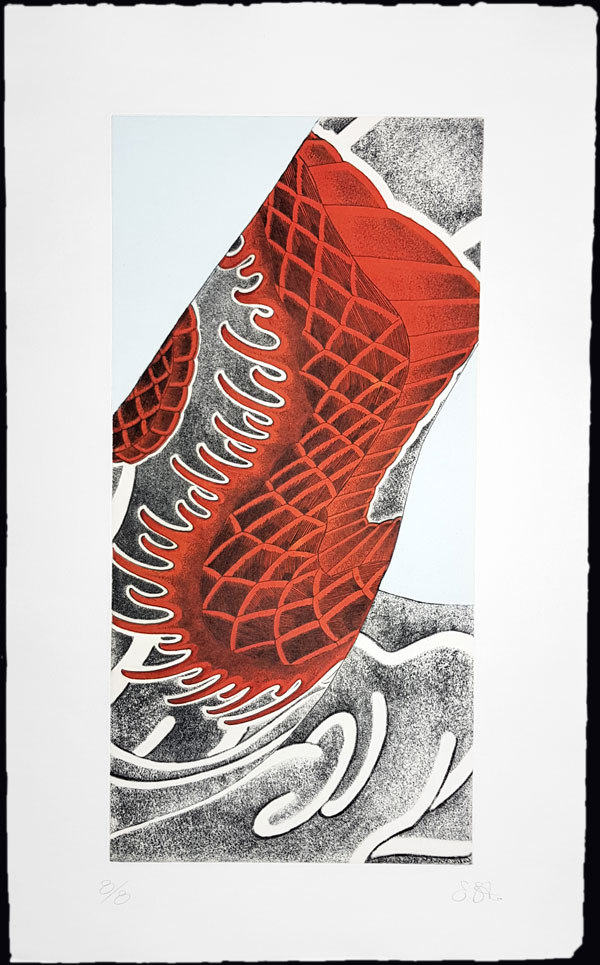 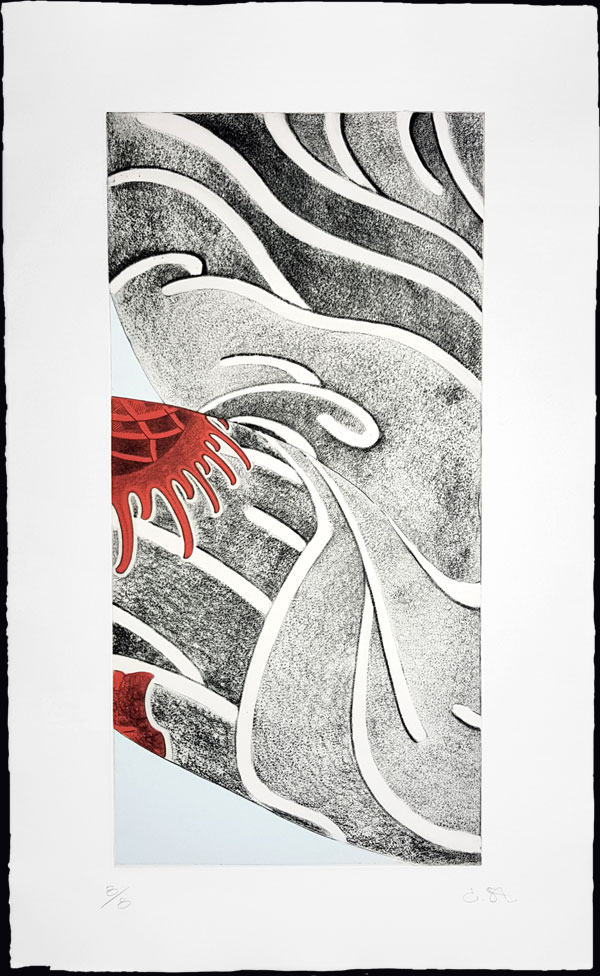 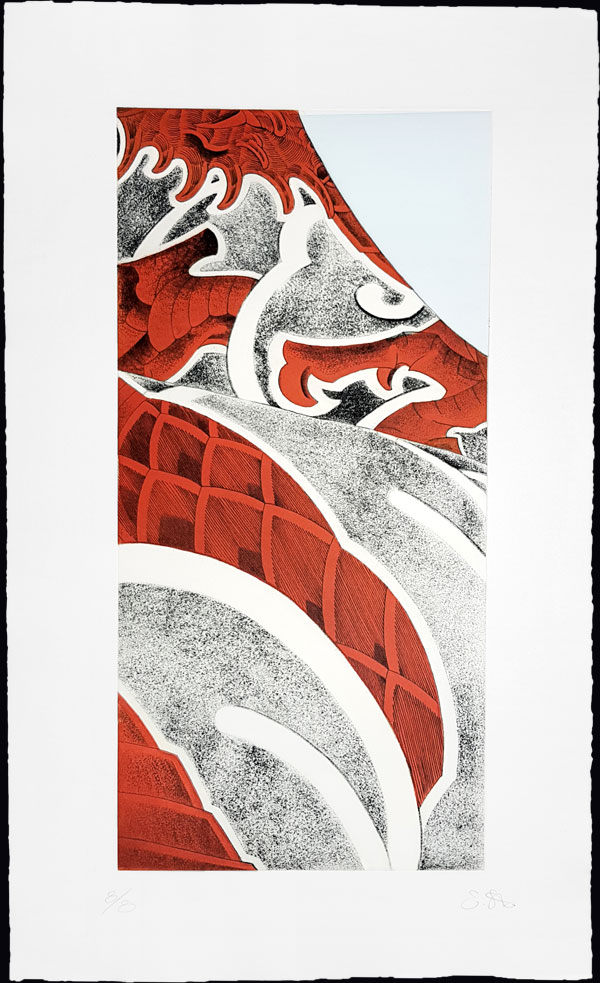 E The artist Etienne Steffen, born in 1979 in Dortmund, is known for his traditional Japanese tattooing – Horimono. As an artist he tries to unite traditional techniques and modern media that reflect the zeitgeist. In this context he finds himself in a never-ending process of the development of contemporary tattoo art and the overcoming of its boundaries. In performances like “Bluttiefdruck” he manages a balancing act between his deep appreciation of tradition and his undiminished interest in the unused potential of modern tattoo art.

His projects aim to transport his artistic vision to unite various media such as tattoos, etching and performance.

The act of printing with blood creates an image of pain that represents a kind of cultic cleansing. Furthermore, he takes the term Horimono literally by “tattooing” metal.

The observer joins Steffen on an adventure that acts as a bridge between Hokusai and Dürer.

During the forced standstill caused by the worldwide pandemic, the artist started a new project for which he tattooed tally marks on his body – one stroke for every day he wasn’t allowed to work in his profession. In this performance his body serves as a screen for all the hardship caused by the restrictions as well as for his longing for a return to normal.